The report from Central Drug Laboratory, Kolkata ruled out the presence of steroid in Musli Power X-tra. This test reports revile that Musli Power X-tra Doesn’t contain Sidenafil / Taladafil or similar Derivative and any other similar analogue of Steroids which have sex hormonal effect on Testosterone,  Testosterone Phenyl propionate and Testosterone Undecanoate  and also passed uniformity of weight and Disintegration tests.   The test has done due to the allegation that Musli Power X-tra contain Steroids and The govt. Of India Ministry of Health and Family welfare directed the sub zones of Bangalore, Chennai to inspect the Kunnath Pharmaceutical Factory, according to that on 2011 a team of officials from these two Zones  along with Drug Inspector of Ernakulam Inspect Kunnath Pharmaceuticals factory at Muvattupuzha and collected samples and forwarded to Government analyst, Central Drug Laboratory, Kolkata. for several months Kunnath Pharmaceuticals have not received test result which in turn effect the business and reputation of the product, Kunnath pharmaceuticals says, they have done several follow-ups for the test reports with the department but no result, finally Kunnath Pharmaceuticals approach through right to information for the test report and they succeeds on it. 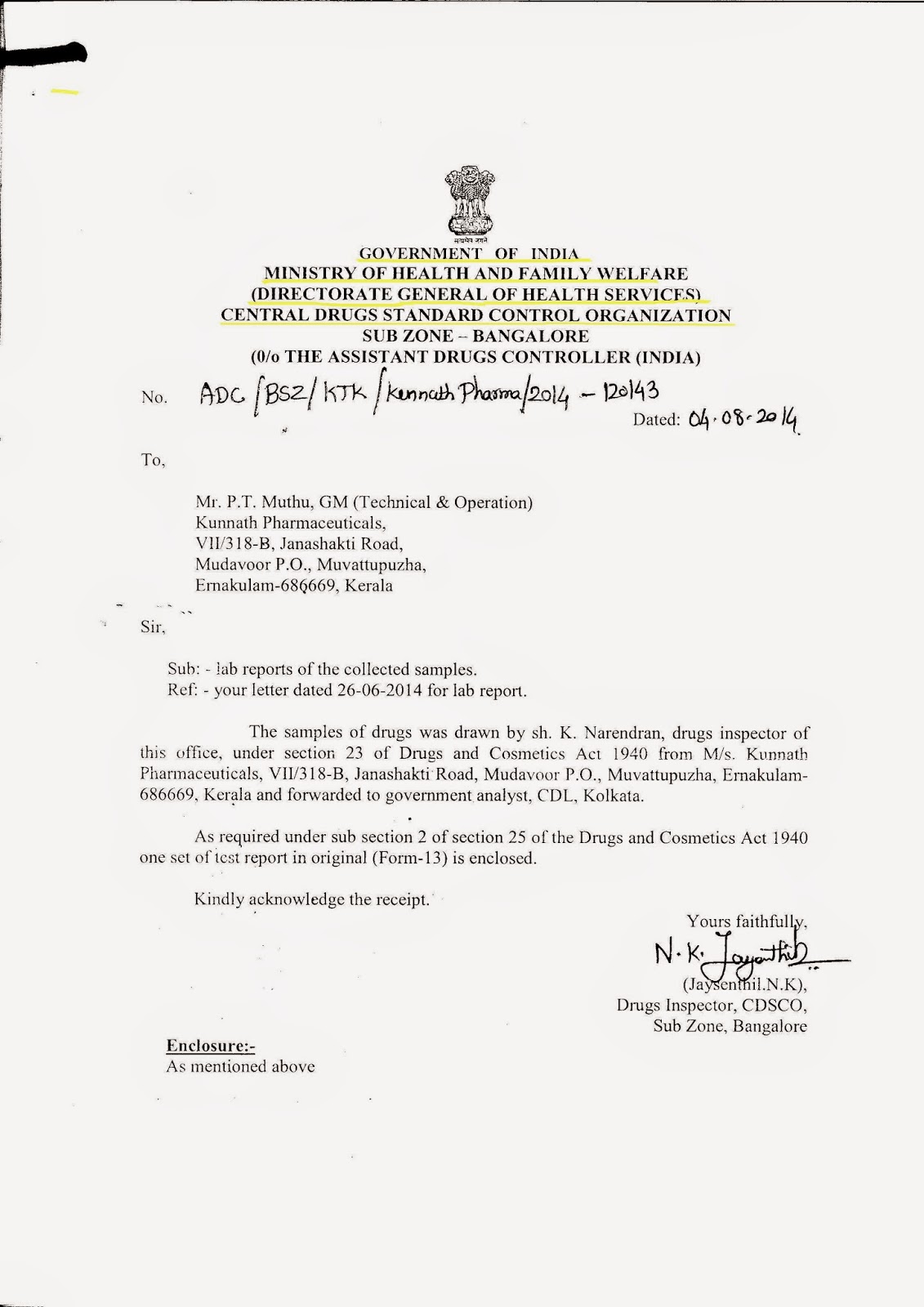 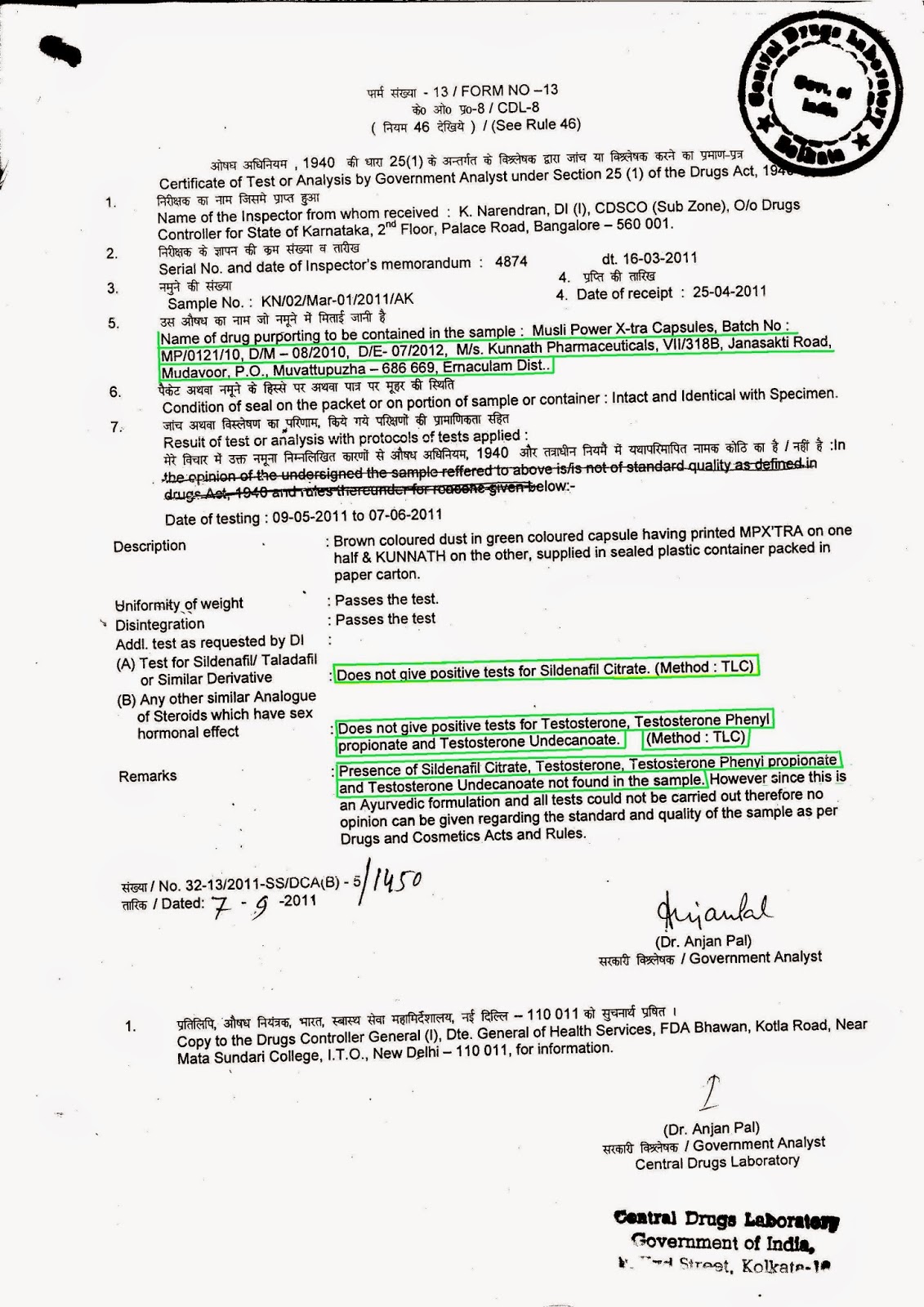 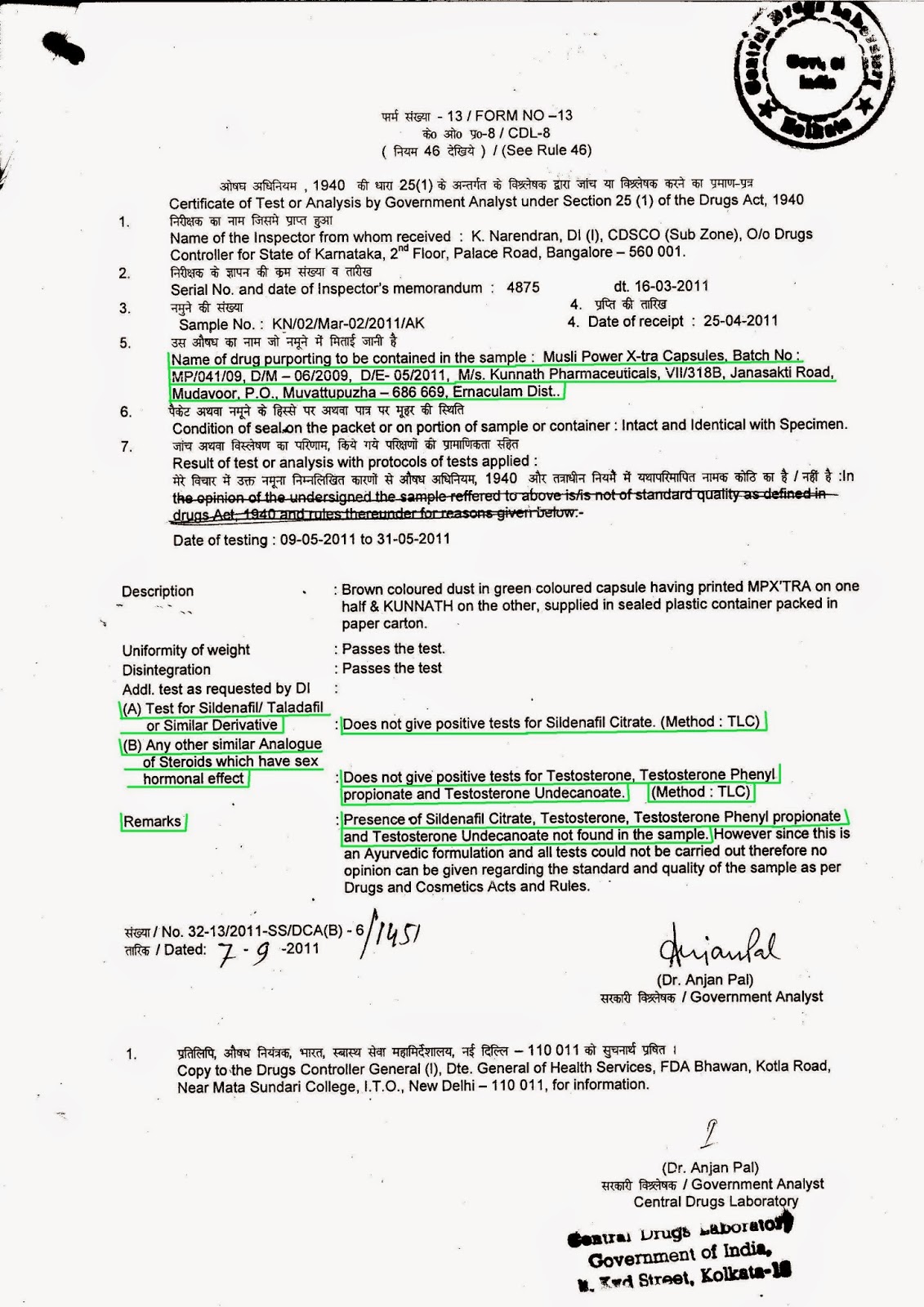 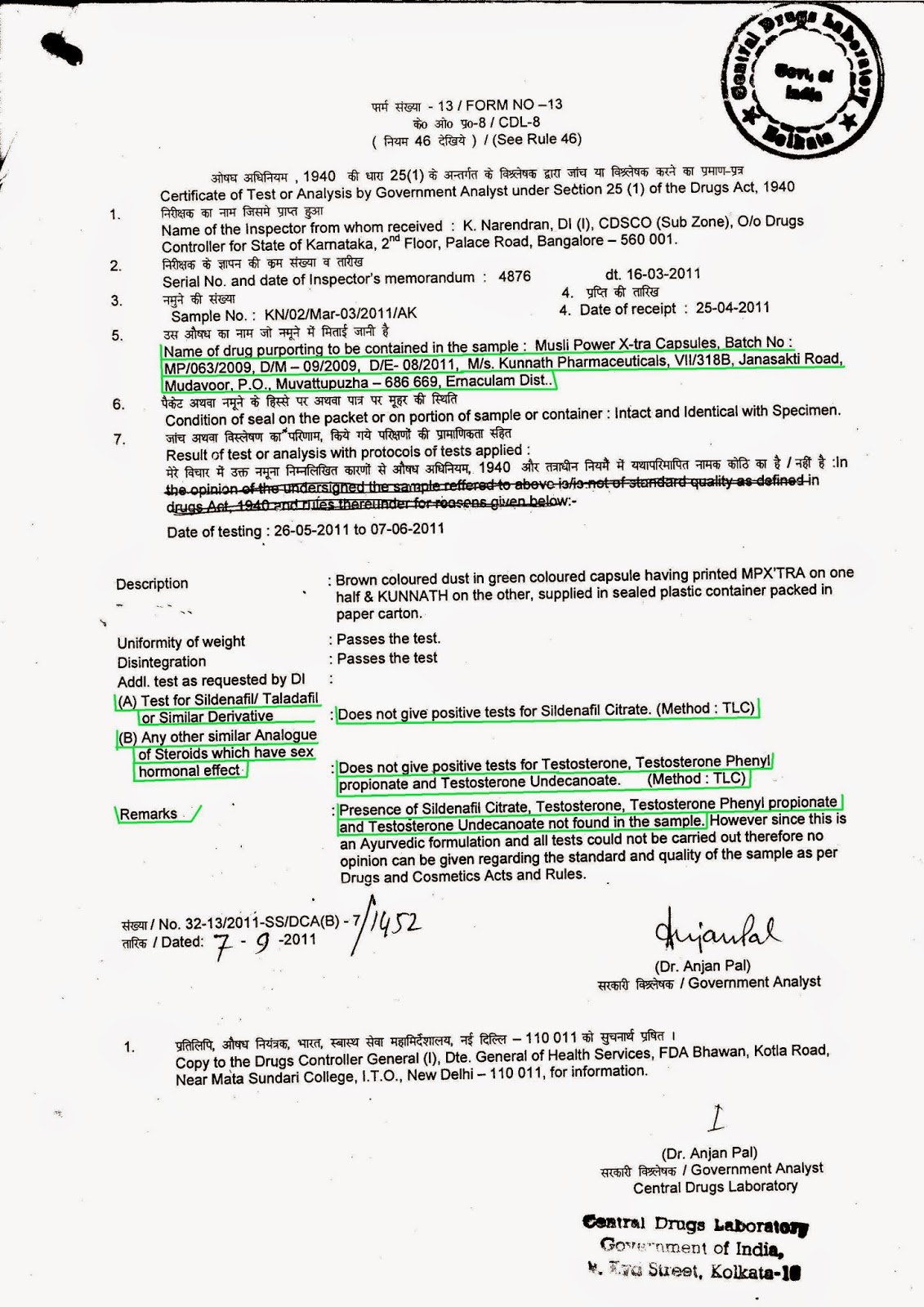 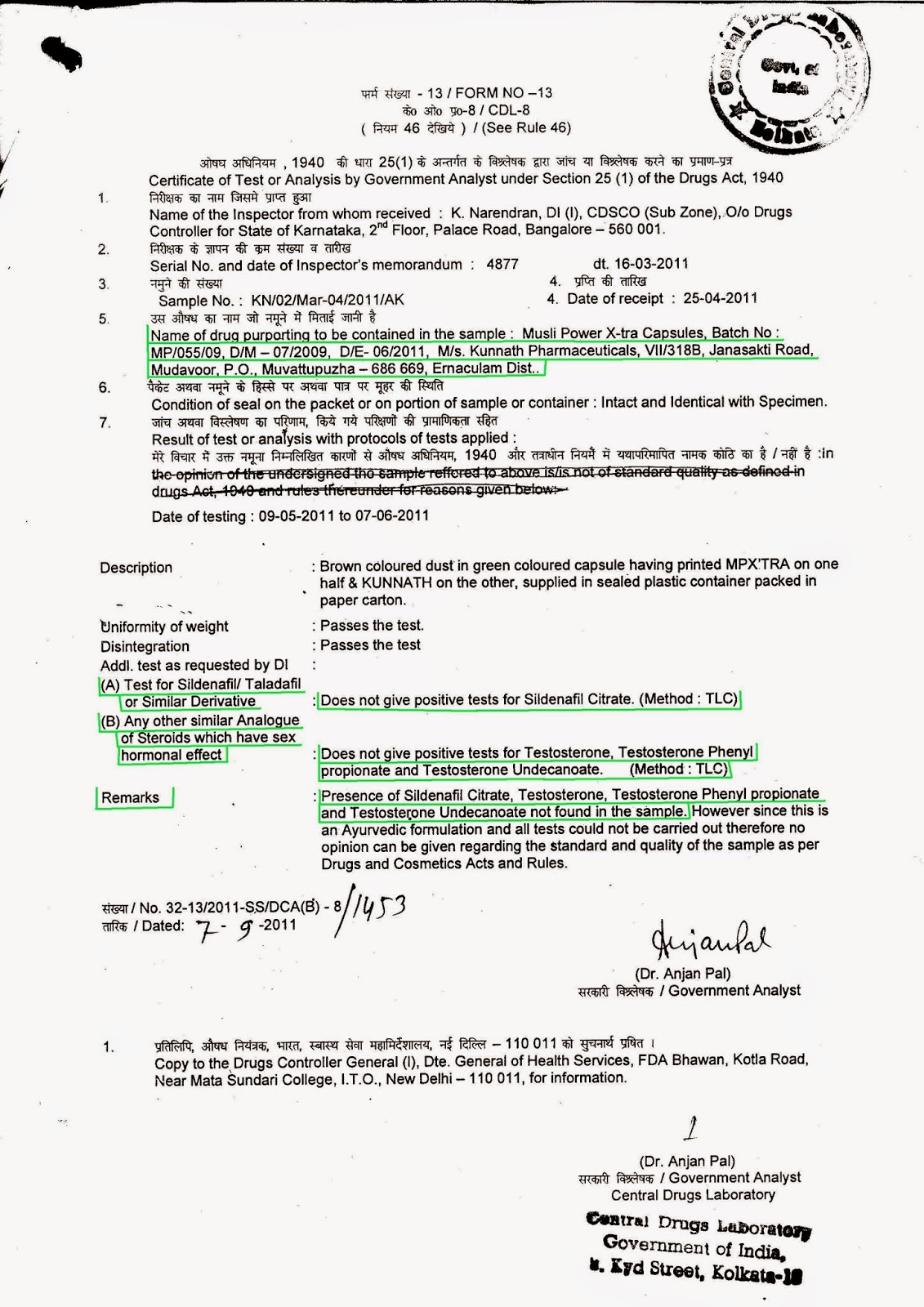 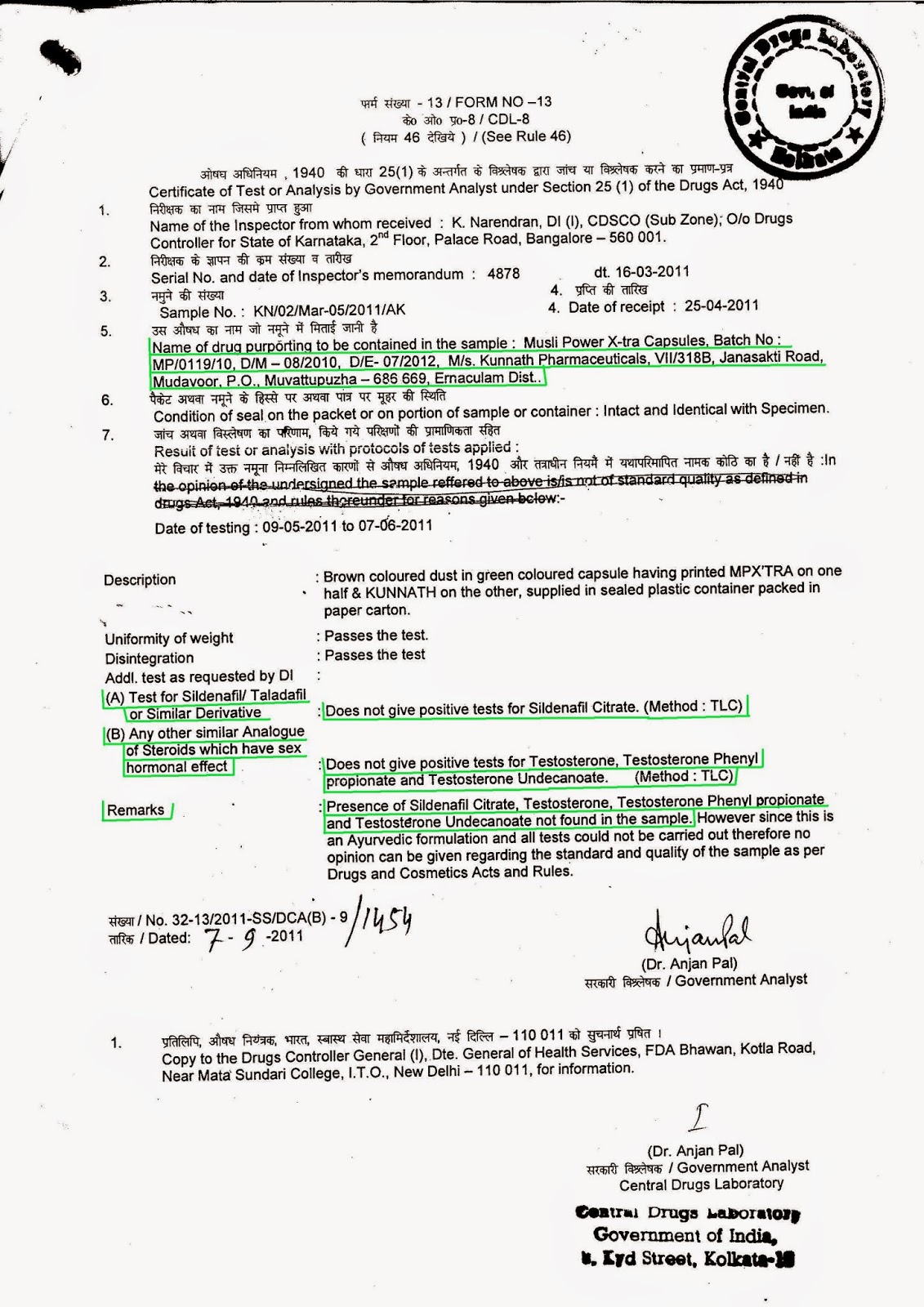 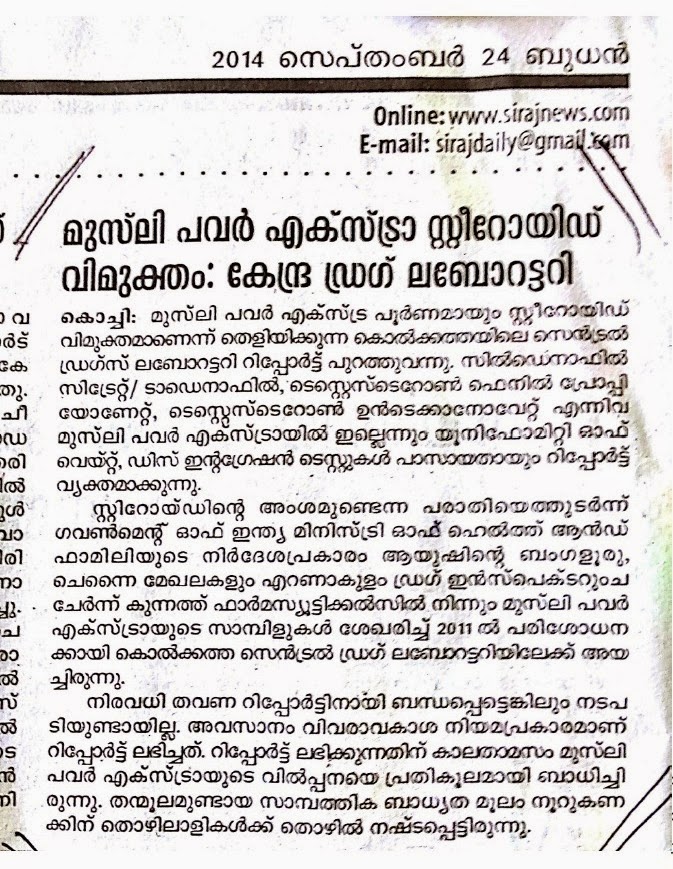